Mobile phones DO NOT cause cancer in humans

The long awaited final results of the decade-spanning US National Toxicology Program on radiofrequency energy exposure has found no consistent effects in male and female mice and rats exposed to mobile phone signals for their whole life (2 years).  However, in a sub-section of the study, researchers found that at the highest doses for the longest periods of time, cellphone radiation might cause a rare cancer in male rats.

“High exposure to radiofrequency radiation (RFR) in rodents resulted in tumours in tissues surrounding nerves in the hearts of male rats, but not female rats or any mice, according to draft studies from the National Toxicology Program (NTP),” said a press release from the National Institute of Environmental Health Sciences where the program is headquartered.

Another key finding of the study was rats exposed to radiation lived longer than non-exposed rats – a result the Food and Drug Administration (FDA) described as “unusual” and needed further assessment “to understand how that may be relevant to the results”.

This was a very large 10-year toxicological study costing about $25 million and the most comprehensive assessments of health effects and exposure to radiofrequency radiation in rats and mice to date.

The preliminary results of the study which were released as a un-peer reviewed draft in May 2016 made global headlines with the revelation that male rates exposed to radiation were more likely to develop rare brain and heart cancers.

The NTP’s final conclusions were released as two technical reports, one for rat studies and one for mouse studies. No significant findings emerged from the mouse study.

“I think the reports don’t go much further than what we reported earlier, and I have not changed the way I use a cellphone,” said John Bucher, a senior scientist at the National Toxicology Program and one of the authors of the reports, in a telephone press conference.

“In our complete evaluation we again had a lower level of certainty that small increases in the numbers of male rats with tumours in the brains were associated with exposures to cellphone radio frequency radiation. These findings are termed “equivocal evidence of carcinogenic activity,” meaning it was unclear if the tumours were related to the exposures,” said Bucher.

“The levels and duration of exposure to radiofrequency radiation were much greater than what people experience with even the highest level of cell phone use, and exposed the rodents’ whole bodies. So, these findings should not be directly extrapolated to human cell phone usage.”

“These experimental animal studies are but one approach to understanding whether exposures to radio-frequency radiation pose a risk to human health,” he said.

According to the World Health Organisation, it should be recognised that while human studies directly address endpoints related to human health, animal studies such as the NTP study are only of value in assessing causality and plausibility of possible effects in human.

Jeffrey Shuren, director of FDA’s Center for Devices and Radiological Health, said in a statement that the results of the study would not change the current safety limits on cellphone radiation.

“In fact, the current safety limits are set to include a 50-fold safety margin from observed effects of radiofrequency energy exposure. From the FDA’s understanding of the NTP results, male rats that showed carcinogenic activity were exposed to a radiofrequency energy exposure rate that is much higher than the current safety standard,” said Shuren.

In the statement, Shuren said the FDA had reviewed the 2016 interim results and was currently reviewing the full set of data from the final report.

“Looking at the results in animals, the conclusions still require careful discussion, as our preliminary understanding of the NTP results is that the study found mostly equivocal, or ambiguous, evidence that whole body radiofrequency energy exposures given to rats or mice in the study actually caused cancer in these animals.”

“There are additional unusual findings from the study, such as the exposed rats living longer than the control group rats, that we are assessing to understand how that may be relevant to the results.

“In the meantime, I want to underscore that based on our ongoing evaluation of this issue and taking into account all available scientific evidence we have received, we have not found sufficient evidence that there are adverse health effects in humans caused by exposures at or under the current radiofrequency energy exposure limits.”

“Even with frequent daily use by the vast majority of adults, we have not seen an increase in events like brain tumors. Based on this current information, we believe the current safety limits for cell phones are acceptable for protecting the public health,” he said.

In Australia, the Federal radiation safety authority, ARPANSA, has released a statement regarding the NTP results.  ARPNASA says:

The findings of the NTP animal study contributes to the wider research on radiofrequency (RF) and health. The findings are not applicable to people using mobile phones because the study exposed animals to RF differently and further research is recommended in this area. Based on this current information, we believe the current safety limits for mobiles phones remain acceptable for protecting the public’s health.

ARPANSA’s full statement on the study can be found here. 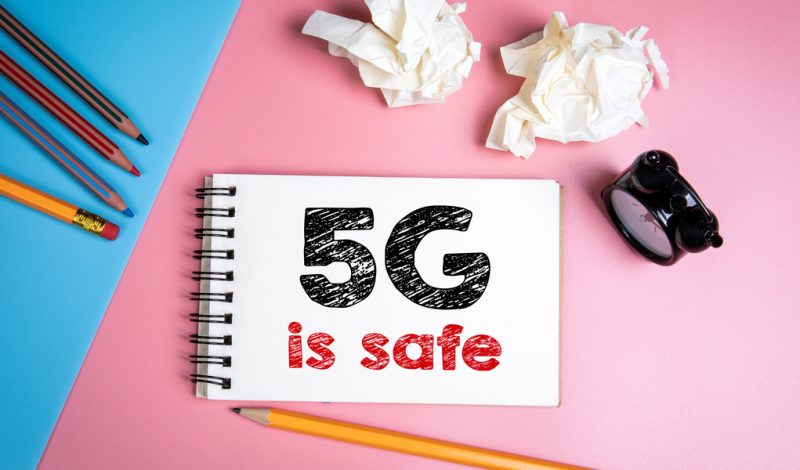